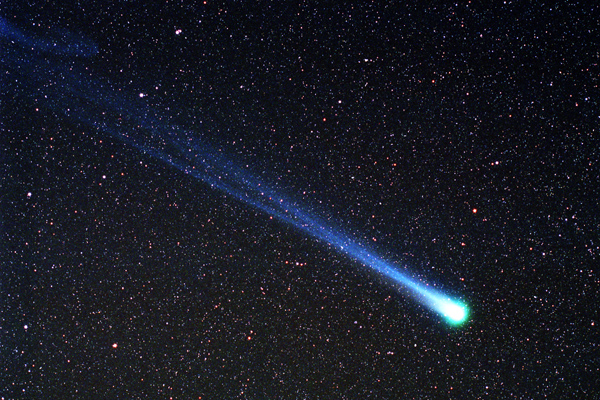 In 1996, Hyakutake dazzled the world with its brilliance in our skies as the brightest and closest comet to approach Earth. Nicknamed the Great Comet of 1996, it was truly a sight to behold and many new discoveries came to light during its 3-month visit in our field of view. Visiting us from the Oort Cloud far in the outer edges of our solar system, Hyakutake was a wealth of data for astronomers and scientist for years to come.

Hyakutake is a long-period (over 200-year orbital rotation) that visits the inner solar system once every 70,000 years. It's believed during its earlier history it may have had a shorter rotation of 17,000 years but gravitational forces from our gas giants may have slowed it down. 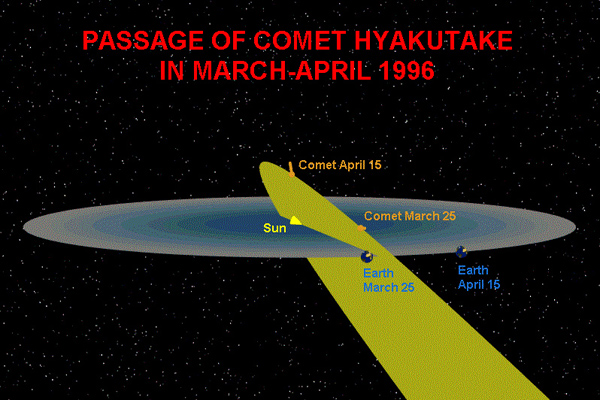 It was first spotted by amateur astronomer Yuji Hyakutake in southern Japan through a set of powerful binoculars in Kagoshima Prefecture. He discovered Hyakutake while observing another comet he had discovered weeks earlier C/1995 Y1. While trying to view the comet he discovered he found Hyakutake in its place and never found the other comet again. 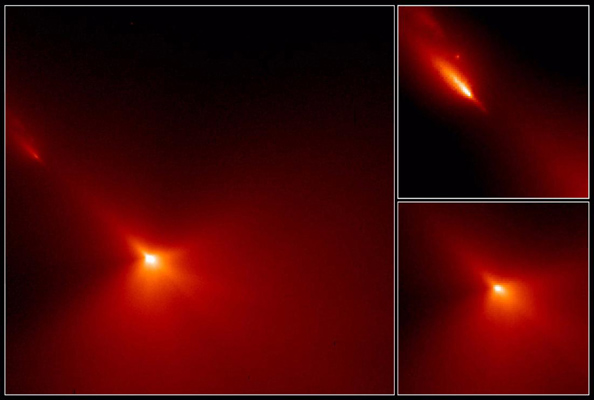 Hyakutake's approach was the closest to Earth than any other comet seen in over 200 years. It appeared in Earth's skies for 3 months and was visibly a bluish-green color because of the strong presence of diatomic carbons. Its closest approach was 15 billion km (9.3 million miles), the distance equal to Neptune from Earth. Its tail was one of the longest ever seen reaching 500 million km (310 million miles) behind the coma which was less than 3 km (1.9 miles) across.

Data collected on Hyakutake showed that the comet consisted of ethane and methane as its primary elements. This was the first time that these elements were found on a comet. This lead scientist to theorize that Hyakutake formed far away from the sun, which would have burned these elements away, in a very dense cloud, aka the Oort cloud.

Hyakutake was a very exciting comet to view because it had many unusual aspects about it. The length of its tail being only one of them. Another interesting aspect to this comet that excited scientist was the comet emitted X-Ray radiation. This was the first opportunity for them to watch this radiation from a comet. 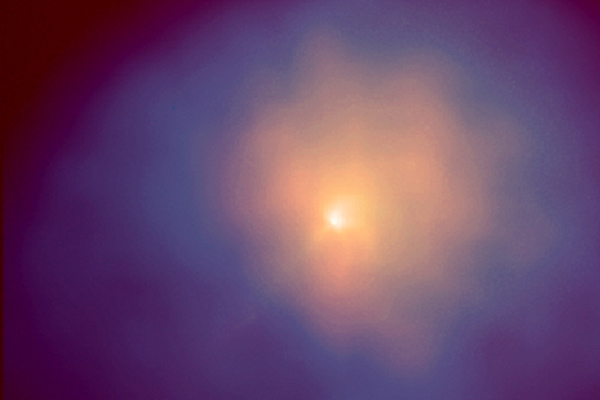 Hyakutake captured by Hubble Telescope with an infrared filter / wikipedia.org

When it was first observed that Hyakutake was emitting x-ray radiation, they believed that it was unique to this particular comet. However, after further investigation, they discovered that all comets emit this radiation but Hyakutake's was brighter than others, so it was noticable unlike other comets.

As Hyakutake drew closer to the sun, it was observed that its tail went from purely gas to gas and dust particles. This is mostly likely due to interactions of the sun's heat with the frozen areas of the nucleus being "blown off" and into its tail. Unfortunately, its close approach, near Mercury, caused it to disappear to the naked eye until November of 1996 while it was on its way back out. It is not due to return for 70,000 years to come.

The only spacecraft to get close to Hyakutake was the Ulysses spacecraft. In fact, it "ran into" its tail as it maneuvered to get a good observation point to the comet at about 800 million km (500 million miles) from the comet. The Ulysses spacecraft gathered a wealth of data from this comet that scientists are still pouring over to this day. Much of what we know about long-period comets came from this amazing comet.