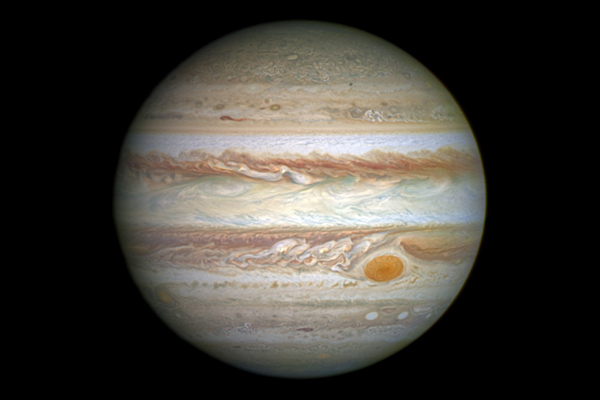 Jupiter, the protective big brother of our solar system, is the largest planet in the entire system. Jupiter is an incredible 133,708 km (83,082 miles) in diameter, which means you could fit the Earth into Jupiter and still have a little breathing room. Because of Jupiter's extreme magnetic field, it is currently impossible for any human (and difficult from probes) to get close enough to observe this titan of a planet. So much of what we know is based on speculation and theory rather than concrete information. However, Jupiter's primary satellites have been studied extensively, but that is in another article.

Jupiter's gravity alone, a whopping 24.79 compared to Earth's 9.8, is one of the most impressive aspects of this giant planet along with its immense magnetosphere. Any object that approaches the planet is broken apart by the planet's magnetosphere and anything that attempts to enter its clouds becomes immediately crushed. Some scientist believe that only something made of iron could make the trip down into the planet but that would be too heavy to fly. Plus the violent storms within the clouds would make navigation difficult for any spacecraft, most especially one as heavy as iron.

Position of Jupiter in the Solar System / nasa.gov

Jupiter is 779 million km (484 million miles) from the sun and takes about 12 years for it to make a full rotation around the sun. It rotates on its own axis fairly quickly though so its days are very short at only 9 hours, not that it really matters as its very dense cloud cover prevents and sunlight from penetrating the planet. Its axial tilt is only 3.13° so seasons are nonexistent on Jupiter. 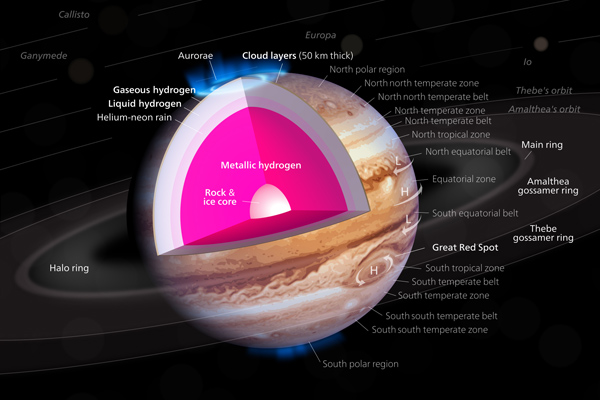 Being that Jupiter has a magnetic field, it is believed that the process of geomagnetic dynamo occurs at its center. This gives scientist a reason to believe that Jupiter's core is very much like our own but consist of different elements than ours such as hydrogen (75% by mass) and helium (24% by mass), more similar to the sun than the Earth. It is also speculated that there is no rocky layer within the planet itself but a planet primarily consisting of gasses.

It is strongly believed that Jupiter does not have a surface area but is primarily made up purely of gasses. Most especially hydrogen and helium. The Juno orbital spacecraft, which is due to arrive in orbit around Jupiter on July 4, 2016, will provide more information on this in the future.

Jupiter's atmosphere spans for 4,828 km (3,000 miles) in altitude, the largest in the solar system. It consists mostly helium and hydrogen much like our sun giving scientist the idea that Jupiter may have been developing into a second sun in early history, but did not quite make the process. Its chemical composition is what leads scientist to believe this idea along with its size and gravitational pull. In a sense, many refer to Jupiter and it's many moons and satellites a mini solar system within our solar system.

Its atmosphere is thickly layered in rolling clouds and storms, one such storm creates the large red "eye" that is visible in the Southern region 20° of the planet's equator. This large storm is basically a backward cyclone swirling in an Eastern direction while traveling West around the planet. This storm has raged for at least over 100 years that we know of but it could have been active for over 300 years, scientist are not certain just how long it has been in existence. There is still much speculation on this storm and what drives this storm. Hopefully, NASA's new probe Juno, due to arrive on July 4, 2016, will bring new light to this enigma. 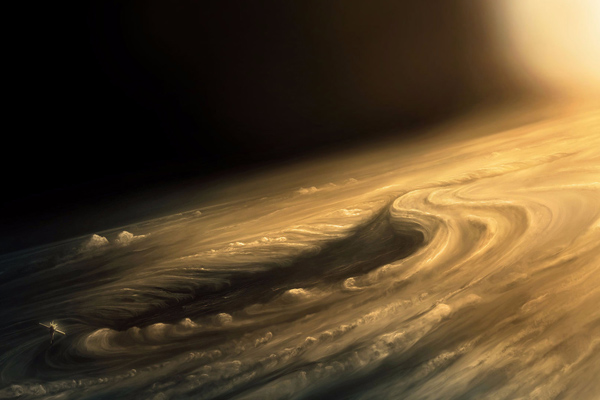 Basically, Jupiter is covered in major superstorms that would eliminate all life on Earth if it were to occur here. Winds reaching almost 644 kmh (400 mph) whereas on Earth, even in the worst hurricanes, winds barely reach 322 kmh (200 mph). Interestingly enough, Jupiter's storm clouds move in bands in opposite directions as well. There has been no definitive explanation as to why this occurs but observing the planet you are able to see distinctive lines of clouds that circle the planet, one going west while the next is going east and so on.

Violent winds are not the only thing frightening about Jupiter's atmosphere either. Like Venus, Jupiter's atmosphere is filled with poisonous gasses, mostly hydrogen, and helium, and intense lightning rips through the clouds. Each strike moves at approximately 274 km (170 miles) per second which is much faster than those on Earth. 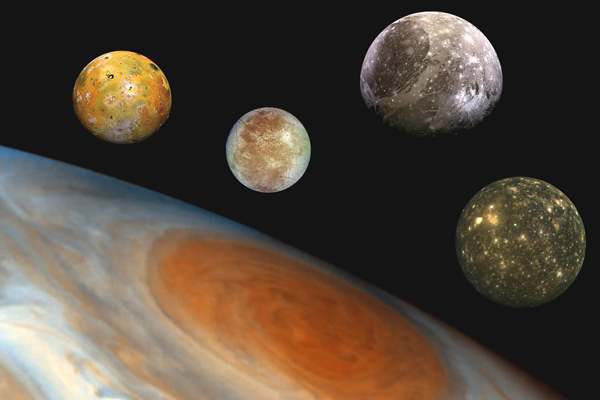 Jupiter and the Galilean Moons / nasa.gov

Currently, there have been 6 missions to Jupiter. 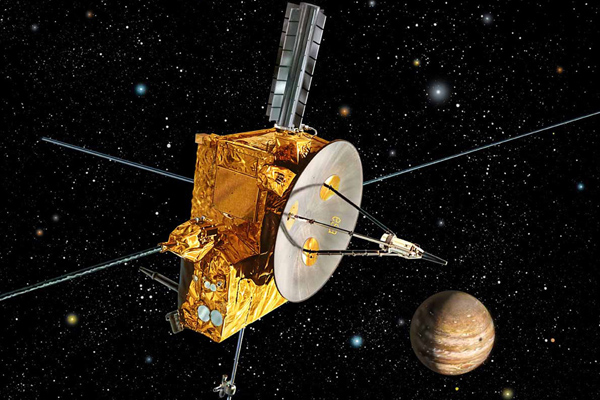 All evidence collected so far point to the idea that Jupiter may have been on its way to becoming a second sun, but somewhere along the process ended and it became a gas giant instead. Which is lucky for Earth. By becoming a gas giant, Jupiter has become a protector of Earth in attracting and repelling most harmful objects away from Earth with its intense gravitational pull. However, there is always that one chance that Jupiter may one day send something our way instead.