Mars has two moons, Phobos and Deimos. It is believed that both may have been asteroids at one time and were caught in Mars gravitational field making them Mars moons. Both moons have very similar characteristics to one another in they are both miss-shaped and riddled with impact impressions. 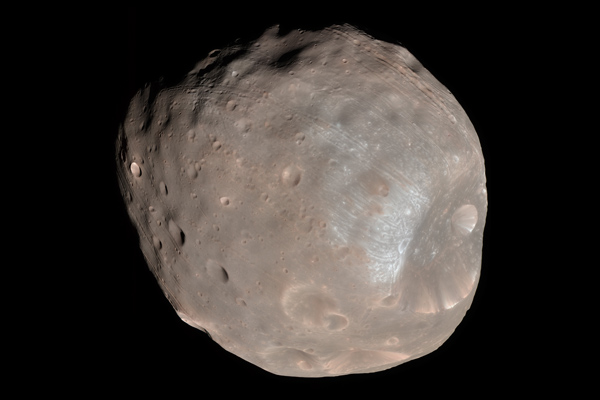 Phobos — is much larger than Mars's other moon Deimos but is still relatively small and is irregularly shaped. Its fast rotation makes it appear to rise and set twice a day and has the least reflective surface in the solar system. It is strongly believed that in approximately 30 to 50 million years, it will cease to exist as it is being torn apart by tidal interactions from its parent object Mars. 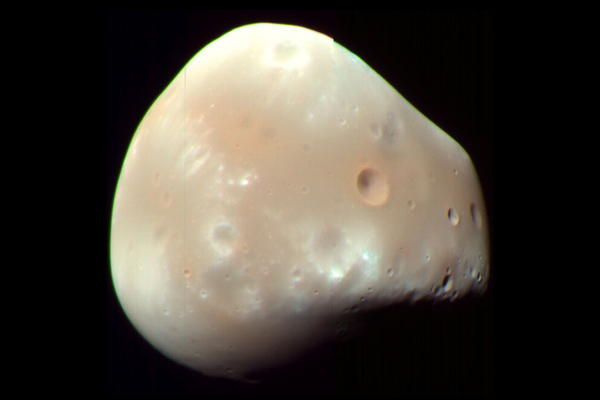 Deimos — has similar characteristics of a C or D-type asteroid and is non-spherical in shape. This is why some scientist strongly believe that Deimos and Phobos may have been asteroids before they became moons. Deimos has a further distance from Mars making it appear to be a bright star in the sky more so then a moon when viewed from Mars's surface. Its rotation is also much slower at about 34 hours to complete its cycle around the planet.