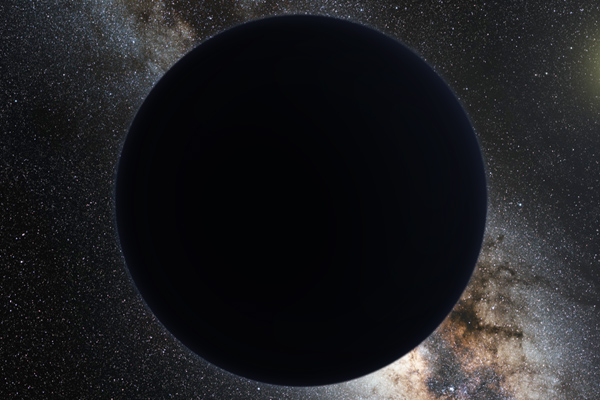 Planet X is a hypothetical planet that may (or may not) exist beyond the planet Neptune and dwarf planet Pluto. Planet X is believed to be located somewhere within the Kuiper Belt, but other than many small body objects that have been located there so far, there has been no discovery of a planet-size object as of yet. However, that does not stop them from continuing the search. Recent developments lead scientist to believe that it is but a matter of time before they find another planet in the far reaches of our solar system, primarily in the Kuiper Belt region. 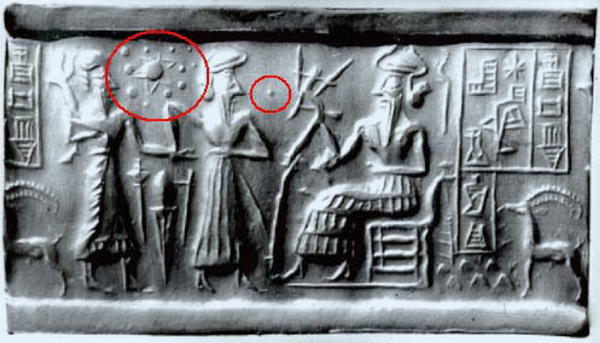 The first recordings of Planet X were by the ancient Assyrians. Wrapped in myths and legends they spoke of a people called the Nephilim that visited them when their planet was in range with Earth called Nibiru. According to their legend the planet existed in the far reaches of our solar system and came within range Earth every 3600 years and the close encounter with Earth caused much disruption to their planet. As they left they said they would one day return when their planet reached within orbit of Earth again.

Although this is but myth and legend, the idea that they were knowledgeable about a planet that astronomers over the past 150 years have theorized exist and are searching for is very interesting. Of course the planet that astronomers are searching for may have a orbital path around the sun of 10 to 20 thousand years as opposed to the Nibiru planet of a little over 3000 years makes it appear to be a different planet than astronomers are theorizing on, many other aspects of the story point to it being the hypothesized Planet X. However, this information was lost and the idea of another planet lost with it until the discovery of Uranus. 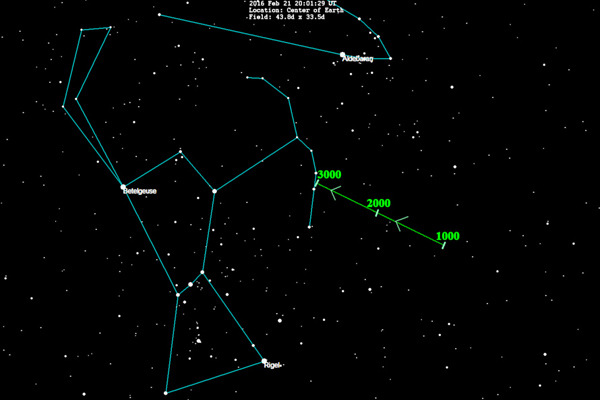 One hypothetical path through the sky of Planet X near aphelion (marked green) / wikipedia.org

It was shortly after the discovery of Uranus that the idea may be hoovering further out in our solar system. During the 1840's astronomers, Urbain Le Verrier and John Couch Adams both surmised that Uranus' odd movement could only be caused by the gravitational pull of another large planetary body. Soon after, Neptune was discovered and was identified as the cause of this odd behavior in Uranus.

However, astronomers were not satisfied with this as Neptune's calculated size did not account for Uranus' resistance to Newton's law, even with the discovery of Pluto did things still not add up. It was not until years later that Voyager 2 sent back data that showed previous calculations on Neptune's mass was incorrect, that it had more mass than previously thought. But this still did not end the search for the fabled Planet X.

Many get confused by the name Planet X because its other name is Planet Nine. Everyone knows that X is the Roman numeral for 10 yet Planet X is referred to as the Ninth Planet. So why do they called this hypothetical planet Planet X? The name was a means of symbolizing "unknown" not a number. Planet X is the designation that is given to any planetary object that is theorized as existing but has yet to be discovered.

Currently, there is only one planet that is being theorized about and searched for, but there is still a large amount of distance between Neptune and the edge of our solar system that remains unexplored. So there could be many Planet X's out there that are just waiting to be discovered. 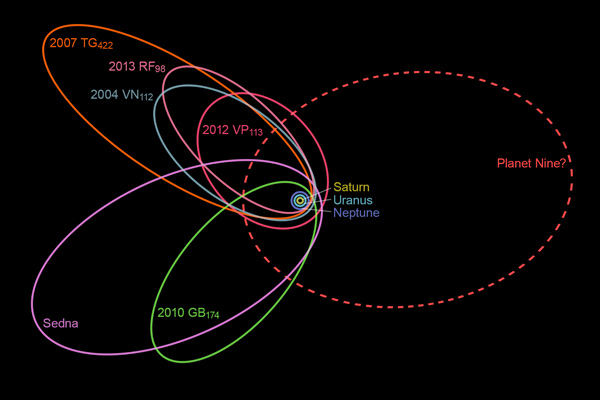 150 years after the theory of the existence of the fabled Planet X, new data strengthens this hypothesis. Just recently, Caltech's Mike Brown (the astronomer who had Pluto demoted to dwarf planet based on new planet classification rules), announced a strong belief in a ninth planet existing somewhere in the Kuiper Belt. Strange behaviors in smaller objects within the Kuiper Belt leads him, and other astronomers, to believe that there is a much larger object (estimated at 10 times the mass and 4 times the diameter of Earth) that is affecting these smaller objects. It is believed that this "planet" may have an orbit of 10 to 20 thousand years around the sun, but because it is in a region where there is very little light, so we are unable to see it.

According to Brown in an article in The Guardian back in January, there were strange "singles" in the data they received from that region of space. The smaller objects in the area were "lined up in a weird way that shouldn't happen" which leads them to believe that there is a much larger object that is affecting them. Dr. Konstantin Batygin also from Caltech stated that they were originally skeptical that there may be another planet in our solar system. It was during their research that they began to doubt their skepticism on the issue and now believe there might be a planet out there. Their calculations and the oddity of the movement of smaller objects in that area point to there having to be something there.

Because of the distance that Planet X would be, we currently do not have a means to "see" the planet. However, that does not stop astronomers from trying. Several images of the Kuiper Belt have been taken by the in orbit telescopes Hubble Space Telescope, the Compton Gamma Ray Observatory, the Chandra X-ray Observatory, and the Spitzer Space Telescope. So far there has been the discovery of hundreds of smaller objects in the Kuiper Belt that are possibly dwarf planets and a few have been positively identified as dwarf planets, but still, no sign of Planet X.