Visual Idea of the Milky Way 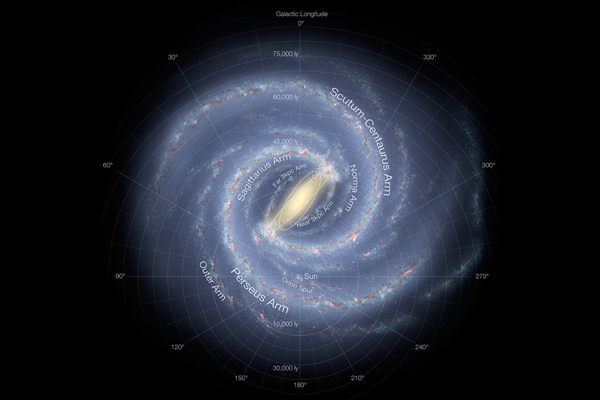 Artist's conception of the spiral structure of the Milky Way / eso.org

The way the Milky Way got its name is because of its "milky" appearance in the night sky. When viewed from Earth, we are able to see the center of our galaxy, which appears as a band of soft light stretched across the heavens. The name of the Milky Way is actually very ancient, ancient astronomers called our galaxy Milky Way when first viewing it because it resembled spilled milk. This name was found in the text that was translated into Latin from Greek, and rather than change it astronomers today adopted it. The best way to describe the appearance of our galaxy as a whole if viewed from space is to picture a hurricane image on the news. There is an "eye" in its center with cloudy arms extending in a spiral around the center. A multitude of celestial objects and debris speckle the cloud along with stars and comets.

There are 7 arms all together, starting from the closest to the furthest they are named Near 3kpc Arm, Far 3kpc Arm, Sagittarius Arm, Norma Arm, the Perseus Arm, Scutum-Centaurus Arm, and Outer Arm. In between these arms, close to the center are three smaller bands. From closest to furthest from the center; named Galactic Bar, Long Bar, and the Orion Spur. Our solar system is located in the Orion Spur between the Perseus Arm and the Sagittarius Arm approximately 27,000 light-years from this center. So basically our solar system is a small pebble in a much larger and complex ocean. Humbling isn't it?

Mystery In The Middle 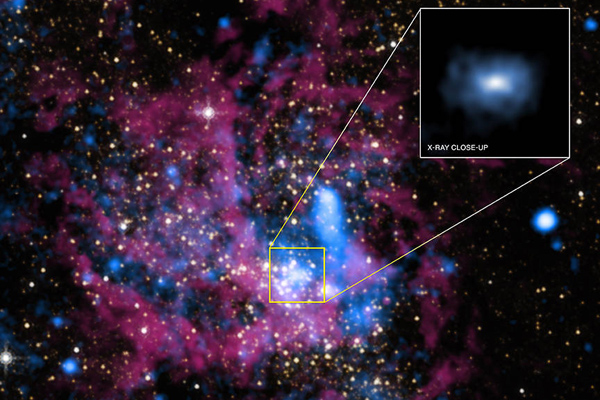 Around its center, a thick gaseous cloud shields what is contained within, but scientists speculate that a super-massive black hole may be occupying the center region. This is due to an intense radio source, named Sagittarius A*, that is emitted from that area along with the motion of material around it suggesting a massive compact object is contained there.

What is a black hole? A black hole is a spot in space where the gravitational pull is so intense, not even light can escape it. As a result, we can't really see it. All our knowledge of black holes comes from the stars within their vicinity. They have a different behavior than that of other stars that are much further away from it.

Infrared images from the Spitzer Space Telescope (SST), which was launched in 2003, has shown us what we would otherwise be unable to see the center area. In this image, there are cooled stars which appear blue, heated dust particles which appear reddish, and Sagittarius A* appears as a bright white spot in the middle. However, until a mission to the center of our galaxy can be implemented, all we know is based on speculation with no concrete proof.

Composition of the Milky Way 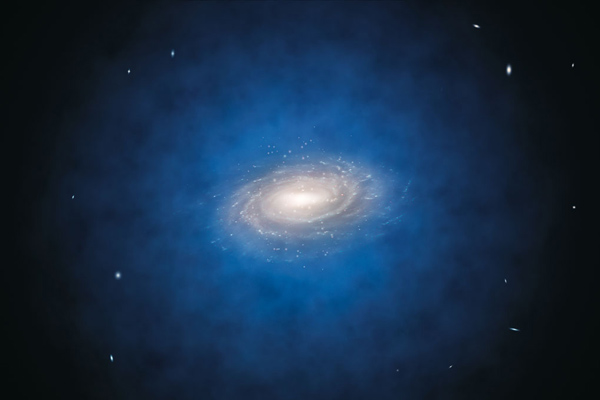 Artist's impression of the dark matter distribution around the Milky Way / eso.org

Much of the mass of the Milky Way does not absorb electromagnetic radiation, which gives to the suggestion of another type of matter, called dark matter, in fact, exists. We are unable to detect dark matter, but because of various unexplained occurrences, such as the orbital speed of stars not correlating with their surrounding visible elements and the largely unaccountable mass difference compared to what is seen, dark matter is the only other explanation.

Dark energy and dark matter appear to be the main components of all aspects of the universe. What is comprised of or what exactly it has yet to be known, but there is strong evidence that it does exist. Dark matter appears to weigh more than the visible matter at about a 6 to 1 ratio and approximately 27% of the universe is believed to be composed of it. 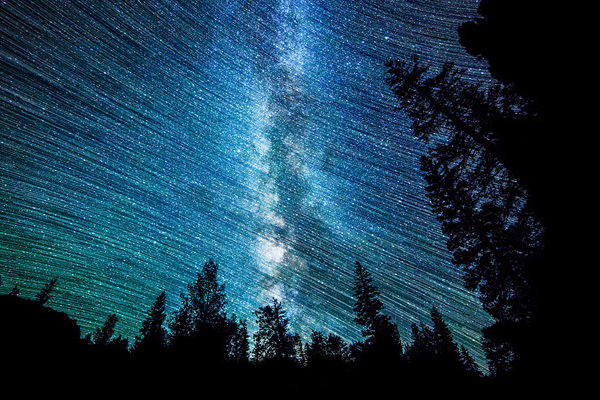 The Milky Way in Motion / flickr.com

The Milky Way is moving at approximately 240 million years at a velocity of 600 km (372.8 miles) per second towards what is called the Great Attractor. The Great Attracter is a fixed point that all galaxies within the universe are being pulled towards. No one has any clue as to what this point is but evidence shows that we are steadily moving towards it. It could billions upon billions of years before our galaxy reaches this point, but it has scientists going crazy trying to find out what it is. Perhaps it is a super-massive black hole unlike anything that has ever been seen before or maybe even God, who is to know.

As much as we know about our galaxy, there is so much more we have yet to understand. Images created showing our galaxy are actually images of other galaxies or artist interpretation as to what they believe our galaxy would look like from above. But in order to truly see our galaxy and what it looks like, we would have to take images of it from another galaxy, such as our closest neighbor Andromeda. But as the ability to do so is still a long ways away, we are forced to accept the images we have available.