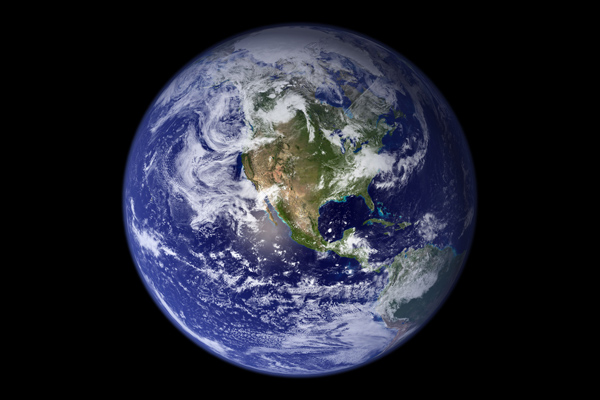 Earth, the planet in which we live on, is the only known planet to have higher life forms occupying its surface. Covered in oceans and streams, mountains and valleys, our tiny little planet is teaming with life and varying landscapes. Known simple as Earth, Gaia in Greek and Terra in Latin, there are many factors that allow for the possibility for life to exist.

Position of Earth in the Solar System / nasa.gov

With the furthest distance of 152 million km (94,5 million miles) and the closest distance of 147 million km (91,4 million miles) from the sun, Earth's elliptical orbit allows for heating up and cooling down (aka seasons) to occur. This is essential for life to occur, along with a few other factors. Earth's complete rotation around the sun takes approximately 365 days and its axial tilt of 23.5 allows for each of the poles to spend a little time in the sun as it rotates on its axis at about 24 hours for the full spin.

Most of what we know of the inner structure of our planet is based on theories which are derived from the indirect study of geological features such as lava fields and layers of sediment. The furthest we have gone within our Earth's interior is 12.3 km (7.6 miles), Kola Superdeep Borehole, and the core of Earth is approximately 6,371 km (3,958 miles). So basically, we have yet to even scratch the surface of what lies beyond the crust of our planet let alone the multiple layers beneath.

Our planet's internal structure is a series of layers, 5 in all, that stretch for miles. 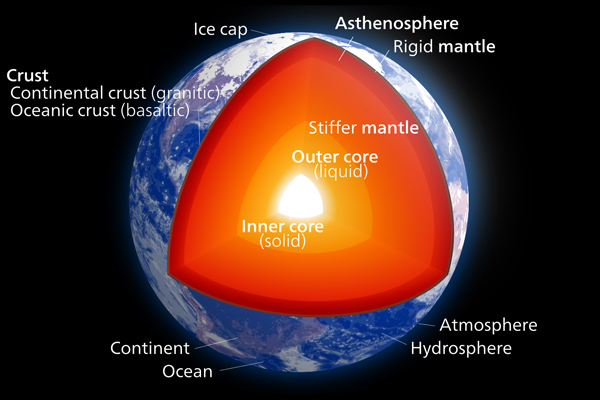 Structure of the Earth / wikipedia.org

This opposite rotation at different speeds is what creates both our gravity and magnetic fields creating a positive and negative charge within the Earth's center. This process is known as the geomagnetic dynamo. Which creates our magnetic field, atmosphere, and winds on the planet's surface, helping to maintain Earth's surface temperature and keeps everything on the ground. If this process were to stop, everything would escape into space leaving our planet lifeless.

Earth's geography is as diverse as its contents. Filled with hills, valleys, mountains, plains and so much more. Earth's primary geography consist of water, approximately 71%. 96.5% of the water on Earth is contained in its vast oceans and aid the atmosphere in keeping Earth's temperatures moderate. As the water heats up, it evaporates and becomes trapped by the atmosphere. Within the atmosphere, it cools down and falls back down to the surface replenishing the water supply and helps to cool the temperature on the surface.

Because the tectonic plates of Earth are active, as in they are constantly moving, geological changes occur frequently. We see this in volcanic eruptions, earthquakes, tsunamis, and other natural disasters worldwide. These occurrences cause for minuet changes in our surface structure over thousands of years, but they are consistent and make the geology of the planet ever changing. So what may be true today, may not exist 1000's of years from now. 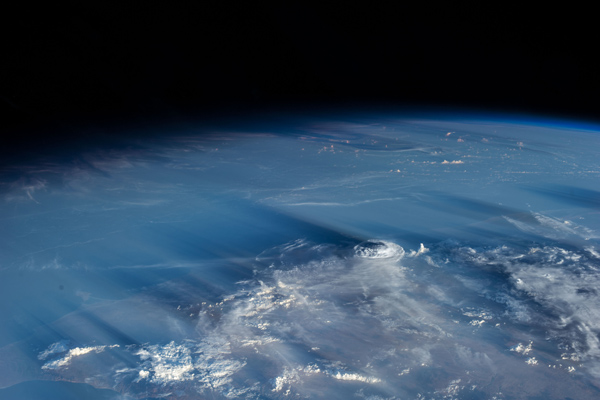 Earth's atmosphere is made up of 78% nitrogen, 21% oxygen, traces of water vapor, carbon dioxide, and other gasses. This combination allows for life to have breathable air while blocking the larger portion of the solar radiation that could poison the planet and its occupants. It is also a secondary "shield" protecting the Earth from debris from space. The magnetic field mainly deflects solar emissions which can essentially "fry" our planet, but our atmosphere protects us from objects such as asteroids and meteors. The shockwaves alone from the impact of these objects could cause catastrophic events such as killing all life within a general area or worldwide. As it passes through our atmosphere, however, most of these objects are broken apart and disintegrates before making landfall.

Earth's atmosphere retains its heat making surface temperatures warmer for plants to grow while allowing enough heat to escape to keep things from getting too hot. The mixture of nitrogen and oxygen helps to keep the levels of carbon dioxide down which can create a heating effect if not kept in check. This is what they refer to as the greenhouse effect and is what killed off any chances of life on Venus. 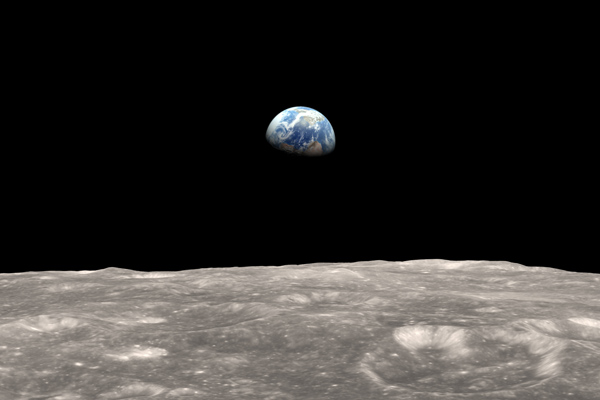 Earth has only one satellite simply called the Moon or Lunar. It does not have very many geological features and no activity on its surface.

Exploration of our own planet is nonstop. Scientist from all fields maintain a constant vigilance in studying the different aspects of our planet. Extensive research on Earths interior has been in effect since the late 1900's as the Kola Superdeep Borehole is a focus of geological study even today. Natural phenomenon such as volcanic eruptions are consistently observed to understand the process of geological changes that shape our planet. Even astronomical studies of other planetary objects are done to better understand our world and how special it truly is.