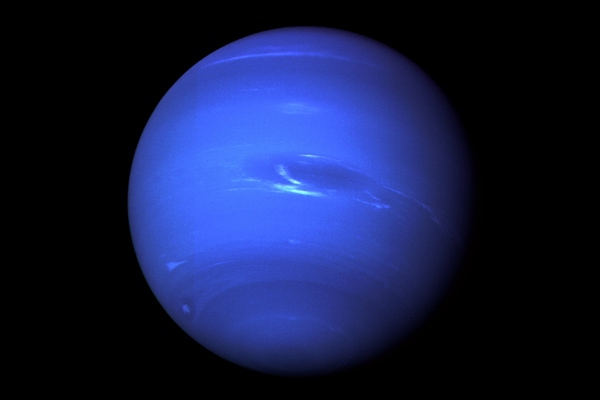 The discovery of Neptune came from an observation in the oddity of Uranus orbit. It did not fit with Newtons law and so astronomers predicted that there had to be another planet beyond Uranus. Two astronomers John Couch Adams and Urbain Le Verrier calculated the possible position of the hypothetical 8th planet, but none in the field wanted to search for it. On September 23, 1846, two researchers decided to take a peek, astronomers Johann Gottfried Galle and Heinrich Louis d'Arrest, and Neptune was spotted. Two century's before that, though, Galileo was actually the first to view Neptune. However, he assumed it was a star and did not realize it was, in fact, a planet so he was not given credit for the discovery.

Position of Neptune in the Solar System / nasa.gov

Neptune is approximately 4.5 billion km (2.8 billion miles) from the sun. It has an orbit that takes 165 years for it to make one rotation around the sun. Its orbit on its axial tilt at 28.32° takes an average 16 hours to complete. So while its years are very long, its days are relatively short. However, because of its extreme distance from the sun, it does not get much heat from it. 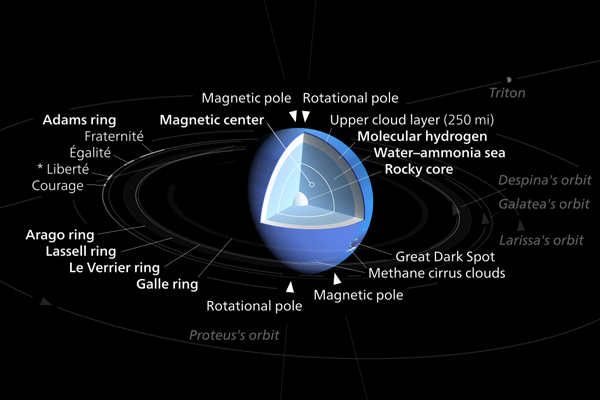 Little is truly known about this gas giant as it is too far away and too expensive to send missions to study the planet further. What information that is available comes primarily from Voyager 2's data during its flyby and from our near-Earth telescopes.

It is speculated that the inner two-thirds of its internal structure consist of molten rock, liquid ammonia, and Methane. Within this section of the planet, the planets oddly orientated magnetic field with a high tilt of 47° is created through a conductive material (most likely water). In its outer third, it consists of primarily gasses heated by the core region of the planet as it most likely does not have a hardened crust but an icy mantle in its place.

Because Neptune is a gas giant, it does not contain a solid surface like a terrestrial planet does. Under the dense gasses that encase the planet, there is an icy mantle that surrounds a rocky core that is approximately the size of Earth. The gravitational pull from this core holds these gasses close to it shrouding it from view. Of course, this is all speculation as we are unable to actually view Neptune's interior. 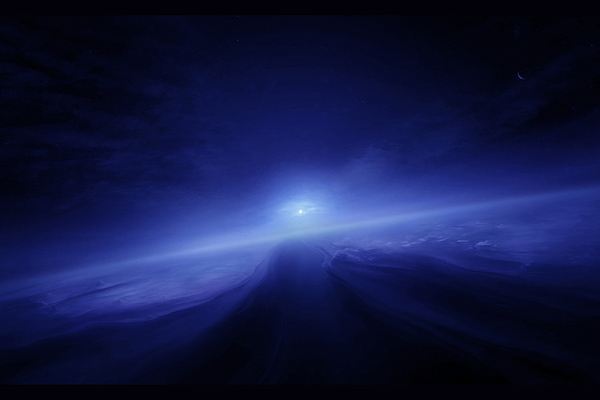 Neptune's atmosphere contains two layers. In the upper atmosphere it contains high levels of hydrogen (80%) and helium (19%) with traces of Methane like the other gas giants in the system, however, there is another element found in this area that has yet to be identified. Temperatures within this layer average about -218°C (-350°F) making this the coldest primary planet within our solar system.

In the second layer consist of the same hydrogen and helium gasses that the upper atmosphere layer does but in this layer, the gasses are superheated to temperatures of 7,000°C (12,000°F). So technically Neptune is both the coldest and the hottest planet in the solar system, but for some reason, Venus took the hottest planet in the solar system spot at only 462°C (863.6°F).

Neptune has been called the windiest planet and with good reason. Winds within its atmosphere have been known to break the sound barrier at speeds of 2,000 km per hour (1,200 mph). The strongest winds Earth has ever experienced were only 372 km per hour (231 mph). 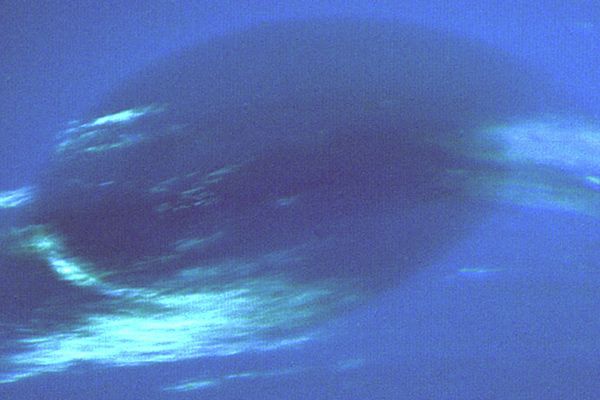 Cirrus like clouds scroll high in the atmosphere around the planet casting shadows down on the cloud decks below. These clouds roll across the surface and are made primarily up of methane. Lower down in the atmosphere, scientist believe that there are clouds made up of ammonia sulfide. However, with a lack of data to support this theory, they are unsure. There is also a belief that further down where the pressure on the planet is even greater, about 50 bars, there may exist clouds of water ice.

Periodically, large dark spots that resemble Jupiter's Great Red Spot appear. They are large enough to fit the entire planet Earth within. It appears to be anticyclonic in nature as the storm winds blow backward because of the high-pressure systems. 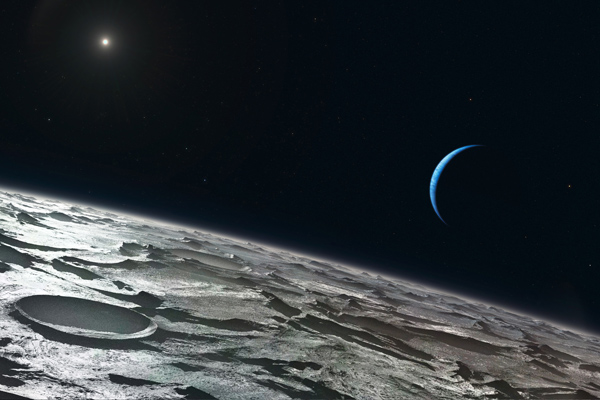 Neptune has a total of 14 known satellites and moons, the most notable being Triton. Triton is the only large satellite in the solar system to orbit its parent in retrograde or backward. This is typical of smaller moons, especially if they are distant from the planet, but not larger satellites. Scientist believe that it was captured from the Kuiper Belt by Neptune's pull and that is how it became one of the planets satellites. To read more on Triton and the other moons of Neptune visit this page.

There are 6 rings that surround Neptune that are so thin and filled with dark material that at first they were not seen. Some areas of the rings are so thin and dark, it made the rings appear to be arcs rather than rings. It was not until Voyagers approach to the planet that it was discovered that they were, in fact, complete rings and not arcs. During Voyagers approach, it was noticed that there bright clumps within the rings but they have yet to be fully identified as to what they actually are.

There has only been one mission to Neptune, just like Uranus. Voyager 2, during its flight to the edge of the solar system, came out of hibernation to gather what data it could on the planet. It discovered that the dark spots were in fact "holes" withing the atmosphere which created a window through the cloud cover to view deeper within the planet. However, no other missions have been planed for a possible return to see what those holes reveal.