Most of Neptune's moons are believed to come from moons that originally existed in Neptune's orbit that was destroyed during Triton's capture. The current moons that surround Neptune are the remnants of these moons formed together to create them. The larger portion of these moons lie outside of Neptune's rings but there is one moon that is just inside one of these rings. Neptune's are as follows from closest to furthest: Galle Ring, Le Verrier Ring, Lassell Ring, Arago Ring, and Adams Ring. There are currently 11 moons around Neptune: Nereid, Naiad, Thalassa, Despina, Galatea, Larissa, Proteus, Halimede, Psamathe, Neso, Sao, and Laomedeia. 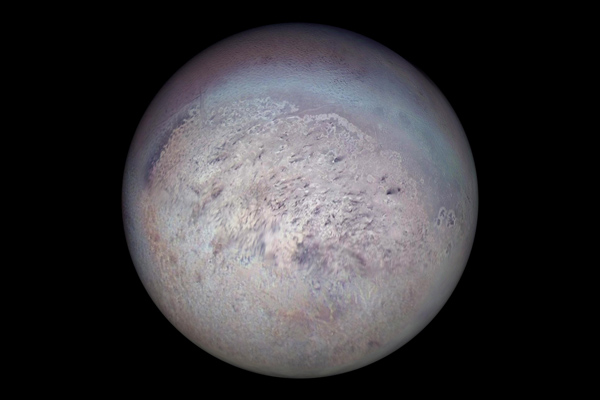 Triton — of Neptune's 13 moons, only Triton qualified as a satellite. Triton has a retrograde rotation where it rotates in the opposite direction of its parent planet, it is the only known object in our solar system that does this. It is also the only known object to be currently geologically active at this current time which indicates that it is still relatively young. 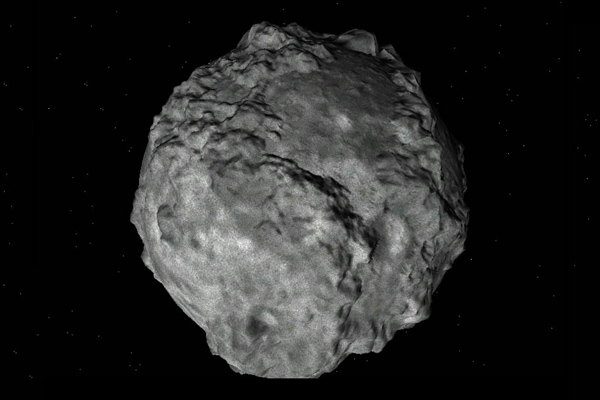 Nereid — this Neptunian moon is in the outer most reaches of Neptune's gravitational pull. It has an odd orbit which suggests this moon may have been captured as a stray asteroid, possibly from the Kuiper Belt. It has also be suggested that it may possibly have been closer to Neptune at one point but was thrown back to its current orbit when Neptune captured Triton.

Naiad — is believed to be a pile of rubble that formed together from another of Neptune's moons that came apart during Triton's capture. Its orbit is slowly decaying due to tidal deceleration, what this means is the moon moves at an accelerated rate compared to its parent planet. As a result, it begins to move closer and closer to the planet over time. Eventually, it will collide with the planet's atmosphere and fall into the planet, ceasing to exist. 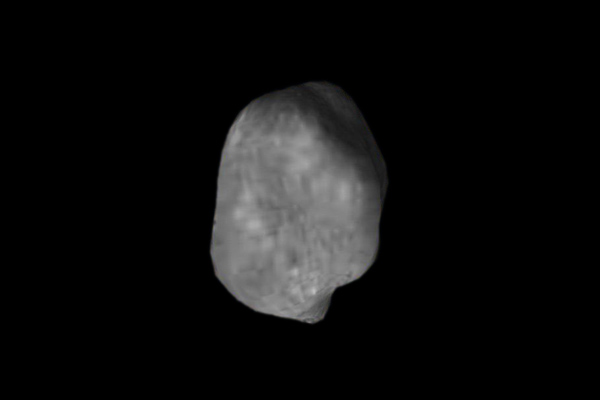 Thalassa — is very similar to Naiad in that it is basically a pile of rubble formed together from Neptune's original moons which were destroyed during Triton's capture. Its orbit is also decaying and the moon will eventually cease to exist. It is roughly disked in shape which is unusual for an irregular moon and has an albedo of .09.

Despina — orbits close to Thalassa and inside the Le Verrier Ring. The moon's albedo registers at .09 and it has an inclination of approximately .216 degrees to Neptune's equator. It has a synchronized orbit to Neptune and like its other moons, it is believed to have been formed from other moons.

Galatea — is believed to be what is causing disturbances in Neptune's rings, small arc's within the rings. Within the Adam's Ring, which Galatea is close to, scientist discovered small "gaps" in the ring. They came to the conclusion, due to Galatea's 621 mile (1000 km) distance from these disturbances, that Galatea may be a shepherd moon and its gravitational pull has kept these spaces there.

Larissa — Larissa's orbit is primarily circular but not perfect and the surface is covered in craters and has no sign of geological changes since its formation. There is not much information on this tiny moon as of yet. 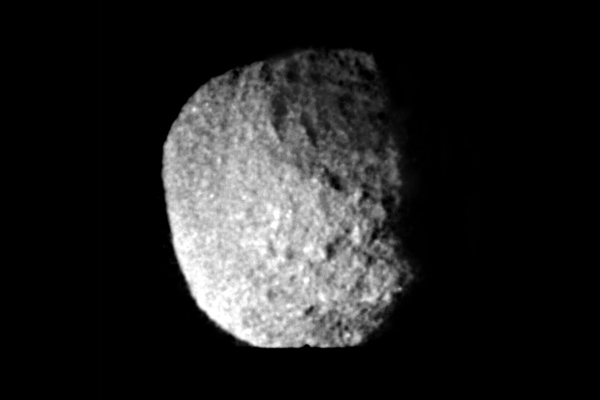 Proteus — is one of the darkest objects in our solar system reflecting only 6% of the light that reaches it. It is closely shaped like a box and just under the mass amount it needs to form into a sphere. It orbits Neptune every 27 days and is approximately 248 miles (400 km) in size making it one of Neptune's largest irregular moons.

Halimede — it has been suggested that Halimede may have once been apart of Nereid but other then the theory that a collision in the past may have created the moons of Neptune and that they have similar color, little is known of Halimede to make a full determination. All that is known is that Halimede's orbit is the second most eccentric and third most inclined orbit around Neptune.

Psamathe — the distance Psamathe is so extreme that it takes 26 years for it to make one rotation around Neptune. It has the most extreme distance from its parent object in our solar system and is only 23 miles (38 km) in size. Its inclination is approximately 137 degrees. It is believed that Psamathe may have come from the same origin as Neso. 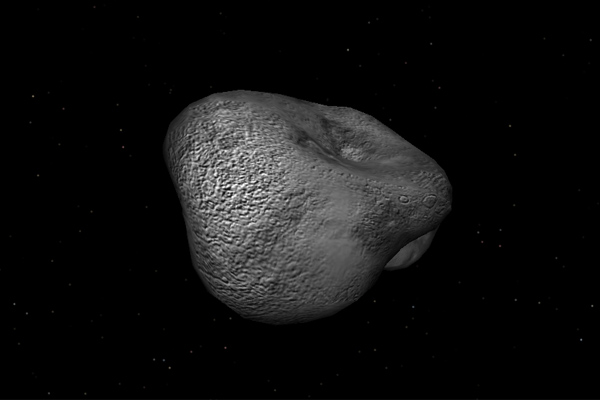 Neso — is very similar characteristically to Psamathe which is why it is believed the two may have similar origins. Just as Psamathe, Neso has an extreme orbit around Neptune of approximately 26 years. It is about 37 miles (60 km) in size.

Sao — is believed to have been formed from a collision between an asteroid or comet and a larger moon. Irregularly shaped it has a prograde orbit around Neptune and was discovered in 2012. It is estimated at 27 miles (44 km) and has an assumed albedo of .04.

Laomedeia — is approximately 26 miles (42 km) in size with an assumed albedo of .04. Its inclination is about 37 degrees and it takes 8.68 years to complete its orbit around Neptune. Little else is known about this moon.