Whether a creationist or an evolutionist, all will agree that the universe and everything in it had a beginning somewhere, somehow. What exactly is the universe? Everything around us. The stars, moons, planets, galaxies, and so much more. The word universe describes a single whole of any "place", for instance, universe describes the ocean and all that is in it. But where did the universe come from and how big is it? In truth, we don't know, but there have been theories and speculations based on data that has come about from explorations over the past 56 years. However, the universe is still largely unexplored and a mystery still yet solved.

The Beginning Of It All 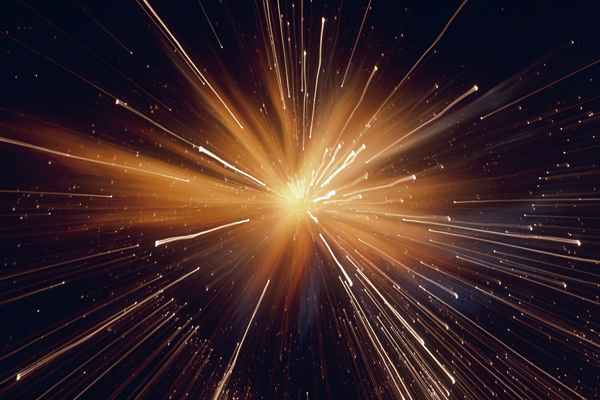 The Big Bang theory is the most widely accepted in the scientific community as explanation for the existence of our universe. All evidence points to this theory and astronomers have continued to seek out new facts to either confirm or discount this idea. First introduced in 1927 by Georges Lemaitre, the basic idea was that the universe started as a single hot point in space estimated at 13.5 billion years in the past.

A large explosion created an expanding effect sending out matter and particles all across the expanse forming our universe and everything in it. Although this seems so simple an explanation for such a complex existence, that is the consensus in the scientific community as all evidence collected to date points to this idea.

Components Of The Universe 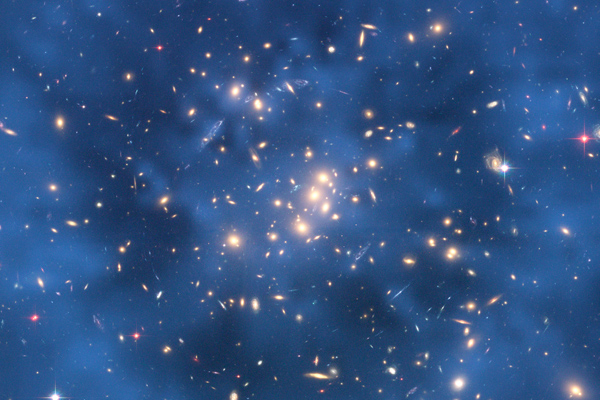 The universe made of primarily of dark energy (an unknown form of energy explained by the universe's accelerated expanding rate), dark matter (an unseen hypothetical type of matter that makes up 27% of the mass and energy in the "seen" universe), and ordinary matter (everything that can be physically seen, measure, and/or touched). Other aspects of the universe includes electromagnetic radiation (visible light is an example of this) and antimatter (particles that have the opposite charge that ordinary matter would have).

Scientists have yet to prove the existence of dark energy or dark matter, but there has been strong evidence that suggests it exist. One key evidence is the fact that the stars are moving around at a faster rate than they normal based on the calculations involving "seen" matter, such as the gravity of another star or planet. This concludes there is another type of matter that is creating this effect that is "unseen", aka dark matter. Scientists, in fact, have created dark matter in a lab, but that does not prove that it exists as we have created it instead of it existing on its own.

Size Of The Universe 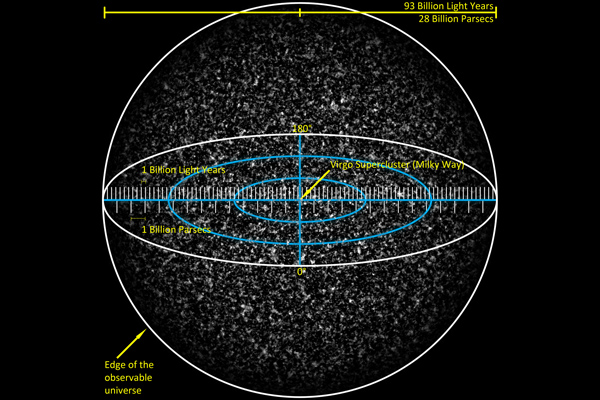 Is the Universe finite (has a beginning and an end) or infinite (continues with no end)? No one knows. The universe does have horizons (a boundary between the seen and unseen), however, there are objects whose lights are so distant from our viewpoint that we are unaware of their existence. So the true size of the universe is yet is still unknown. All that's known is from the furthermost objects we have been capable of detecting is that our universe is about 91 billion light years (the length of distance light travels in a single year) in size.

There is no edge or middle that we are capable of detecting at this time, but there's an endlessness to the universe, almost like a loop. Some even have made mention that like a planet, the universe may actually be spherical or as another theory has suggested it is flat and continues on infinitely. 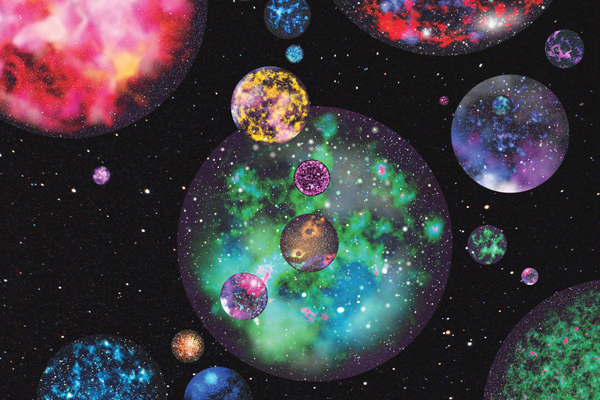 Is there more than one universe? Several pieces of evidence have pointed to a strong possibility that there are multiple universes, but at this time they have no real proof of it. There are several theories surrounding this idea, from the universe is flat and stretches to infinity transitioning between one universe and another to the universe is round like a planet and multiple universes hover around one another similar to a solar system. Whatever the case we do not have the technology to fully prove or disprove any theories on this concept at this time.

This concept has also spurred on two other theories such as parallel universes and the possibility of an alternate dimension that we are incapable of viewing. These universes exist in correlation (or side by side) with our own universe, but are undetectable as they stay in a realm outside our 4 dimensional one, space-time being the 4th dimension. 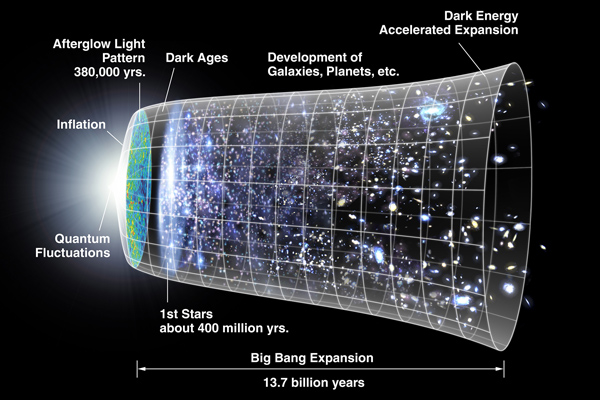 The expansion of the Universe / nasa.gov

Our universe has yet to stop expanding. Data shows that solar systems and galaxies are moving further apart from one another which proves that the universe is not done growing. There are many speculations about what this continued expansion could mean, but all agree: one day it will be unable to expand any further. Think of the universe as a rubber band. You can only stretch it so far before one of two things occur. Either the rubber band breaks or it will become so tight that it will pull back. Whichever event occurs, that rubber band will attempt to return to its original state which will cause a major catastrophic event that will destroy everything within. Then it will either start over or become something else entirely. Again, there is no evidence as to what will happen and this is all based on speculation.

The universe is a vast, mysterious expanse that may take billions of years before we can even graze the surface of its understanding. With the multitude of possibilities and exceptions, we gain more questions with every answer we get. Perhaps an understanding of the universe is beyond our human ability, or perhaps we are just not ready for the answers that we seek. Either way, we will forever look ahead with only one quest in mind, as the famous words from the science fiction television show Star Trek stated: "to explore strange new worlds, to seek out new life and new civilizations, to boldly go where no man has gone before".